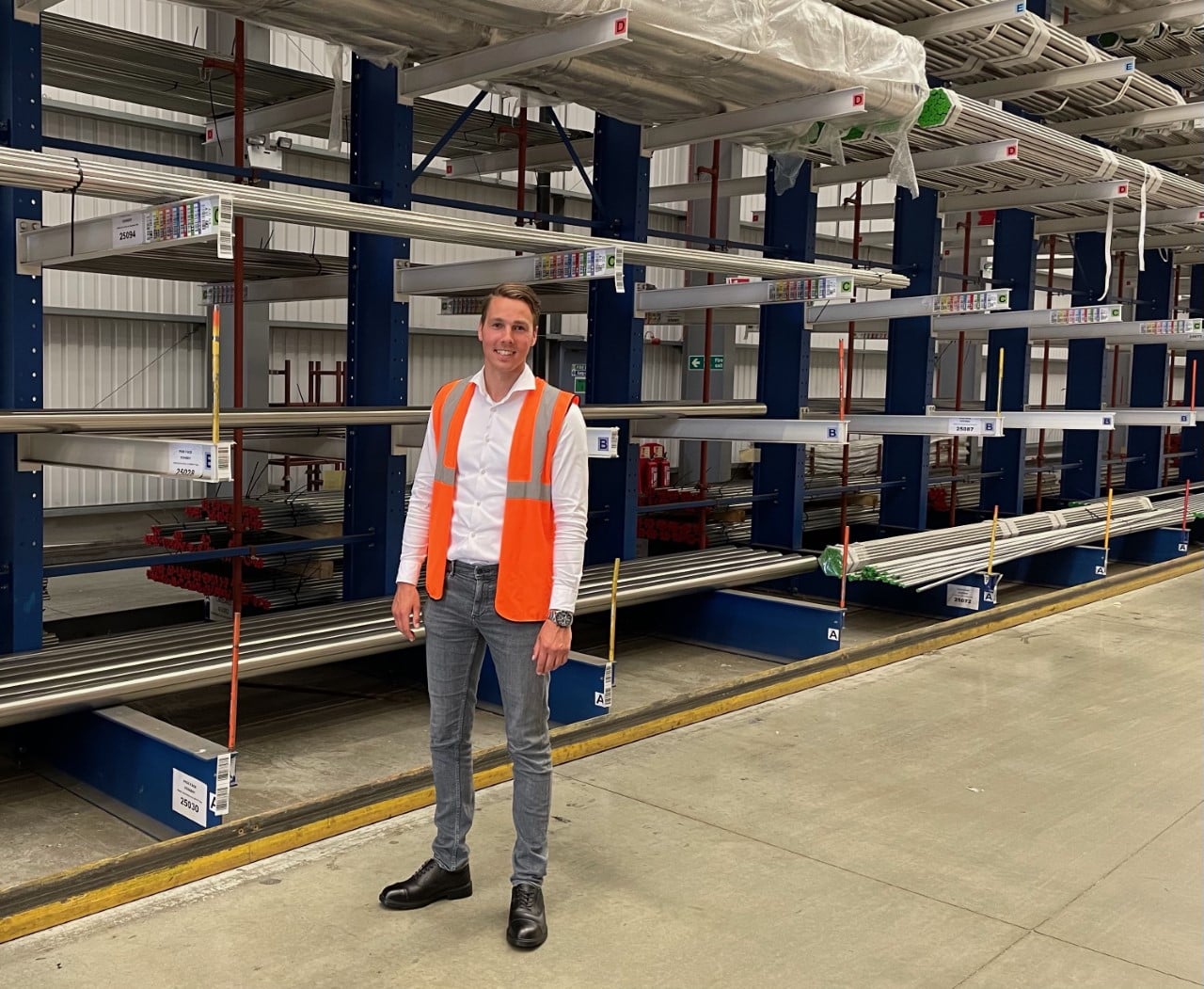 In the fall of 2019 Stefan den Boer from the Netherlands was invited to partake in the development programme ‘CONNECT’ at our facility in Hilversum. Stefan started out his career within VSH, our connection technology competence centre in the Netherlands, as an intern and has developed and worked his way up to become a successful Supply Chain Manager at our business location in the United Kingdom.

Before having taken part in the programme Stefan did not have much management nor leadership experience. After having finished, he was sent to the UK to take on a Management position in which he now has a team of 8 people working for him.

Being invited to partake in the programme as a young Aalberts talent made Stefan feel truly valued. “The very first thing I felt when being asked to participate was definitely absolute appreciation and acknowledgement”

Stefan had taken part in a development programme earlier on in his career as well, so he already had a good idea of what to expect. Nevertheless, the structure, depth and duration was very different, making the CONNECT programme a lot more intense.

From all the other Aalberts employees participating in the programme, Stefan only knew a couple of them. “Even though people did not know each other very well initially they still really had to open up a lot to each other. The mutual interaction and openness of my colleagues is definitely what surprised me the most”

The part Stefan particularly liked about the programme is the way that it was not as theoretical as many other programmes. “People were really pushed to be proactive, meaning sometimes you would be very confronted with your own personality. It was also very fun to see how some colleagues who were more introverted of nature were still really able to open up.”

One of Stefan’s main goals was to enhance the communication skills needed to successfully manage a team. “Being able to understand the motives of my colleagues and getting the most out of them is one of the things I learned throughout the programme”

“I think it is essential for big companies (like Aalberts) to invest in young talent, but also in Senior Management, this is what brings both the people and the company to a higher level”

If there is one message, that Stefan took away from the programme that would have to be the boxing session, which was a metaphor for influencing styles. “You have to learn when to push and when to pull, meaning you have to learn that sometimes it is better to take a step back and listen to what other people have to say, which very often can actually bring a lot more out of a situation”

The Aalberts websites use cookies (read more) to analyse website usage and improve usability. We also use third party tracking-cookies to measure user preferences, enable content sharing on social media and interest-based advertising. If you hit 'accept' you allow to us to place the different types of cookies.

This website uses cookies to improve your experience while you navigate through the website. Out of these, the cookies that are categorized as necessary are stored on your browser as they are essential for the working of basic functionalities of the website. We also use third-party cookies that help us analyze and understand how you use this website. These cookies will be stored in your browser only with your consent. You also have the option to opt-out of these cookies. But opting out of some of these cookies may affect your browsing experience.
Necessary Always Enabled
Necessary cookies are absolutely essential for the website to function properly. This category only includes cookies that ensures basic functionalities and security features of the website. These cookies do not store any personal information.
Non-necessary
Any cookies that may not be particularly necessary for the website to function and is used specifically to collect user personal data via analytics, ads, other embedded contents are termed as non-necessary cookies. It is mandatory to procure user consent prior to running these cookies on your website.
SAVE & ACCEPT

fill in your contact details and we will send you a download link for the Revit Plug-in.